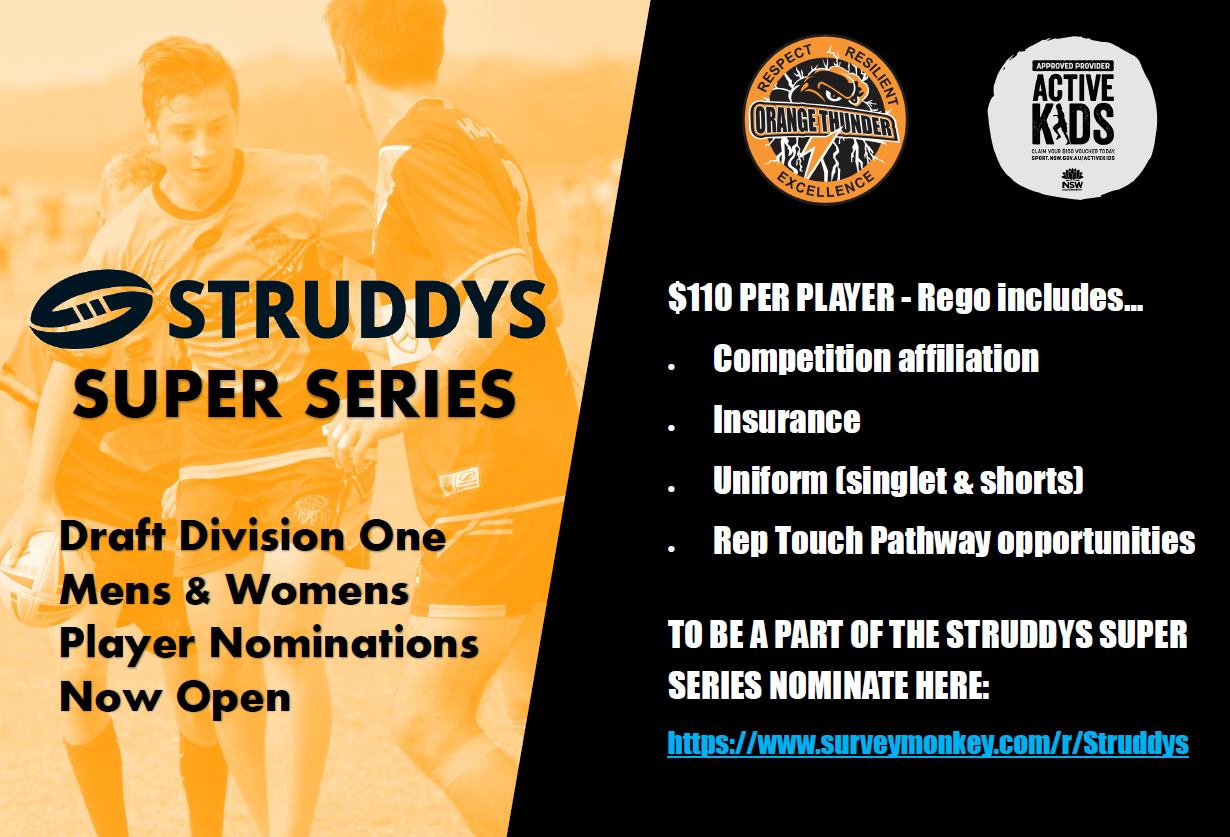 Orange Thunder Touch Football are pleased to announce the launch of the Struddys Super Series. This competition will bring an elite level Division 1 Mens and Womens competition to Orange, involving the best players from Orange and Central West NSW.

Please read through all the information provided below about the Struddys Super Series. All players who are interested to play, can go to https://www.surveymonkey.com/r/Struddys to nominate. Instructions about registering will be provided to all who nominate.

The Struddys Super Series will be played on Thursday Nights and will replace the current Division 1 Mens and Womens competition at Orange Thunder Touch Football, with the following differences being implemented for this new elite competition:

There are many benefits for this new and exciting concept for our Division 1 Mens & Womens competitions, which include:

This style of competition has already been successfully implemented at numerous touch clubs across NSW and QLD – it is the first time this concept has been implemented in Central West NSW.

Our club would strongly encourage all current and former senior, open-age and junior representative touch players (must be born 2008 or earlier) to participate in the Struddys Super Series.

Please note that this competition is the new Division 1 competition, so players are unable to play in the Super Series and another social Mens/Womens division on Thursday Nights. All mixed social competitions on Tuesday Nights will remain the same as previous year.

Our club is extremely excited for this new competition, which will bring wonderful opportunities to each player that participates. We are hopeful that our players get on board with the concept. Should there be any questions in relation to the Struddys Super Series, please contact our club by email orangeseniortouch@yahoo.com.au or call Joel Begnell on 0410 667 642.