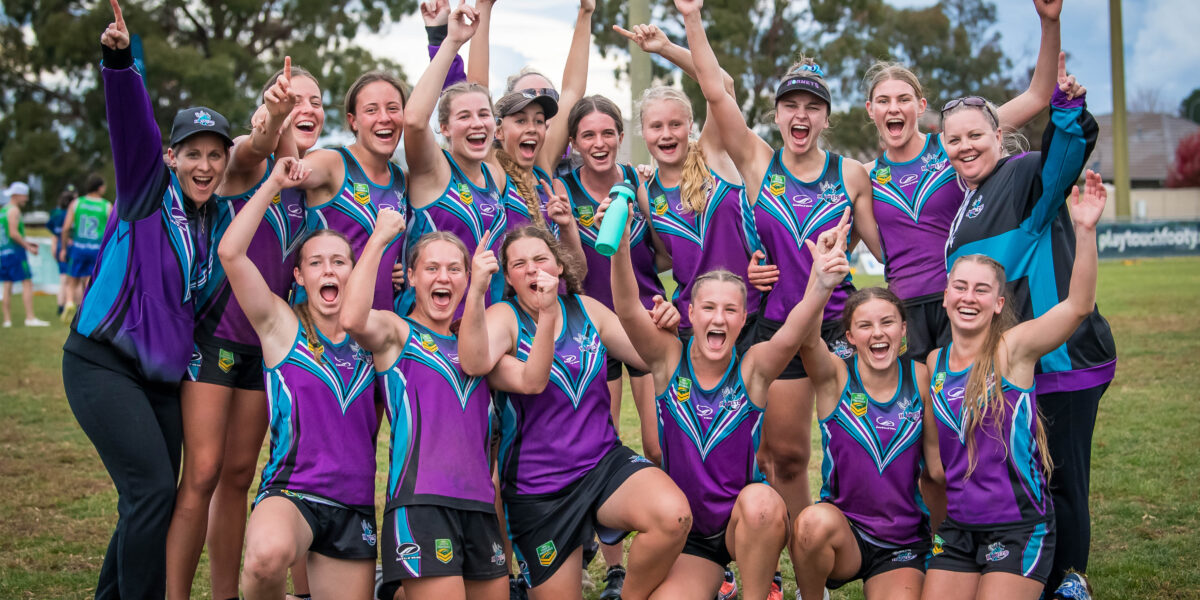 The 2021 Junior Regionals had a distinct Orange flavour to it, with the colour city hosting the event and a number of local talented juniors being part of the Hunter Western Hornets outfits that did battle.

Many people would have feared the snowy conditions which faced everyone at the same event (in Orange) two years prior, however reasonably good conditions welcome the best junior touch players from across the state, as regional teams from U12 to U18 battled it out to be crowed Junior Regional champions.

The local Orange club featured across most of the Hunter Western Hornets teams and many of them tasted Junior Regionals success.

The Hornets U18 Girls team performed exceptionally well throughout the round games, ultimately coming up against their rivals Sydney Scorpions in the big dance. The score went back and forth throughout the contest, but the Hornets, led by the local influence of the Prestwidge triplets and Josie Clarke came away victorious 4-3.

A number of other Hornets teams were runners up and semi finalists in the event, with a number of Orange Thunder players across all teams.